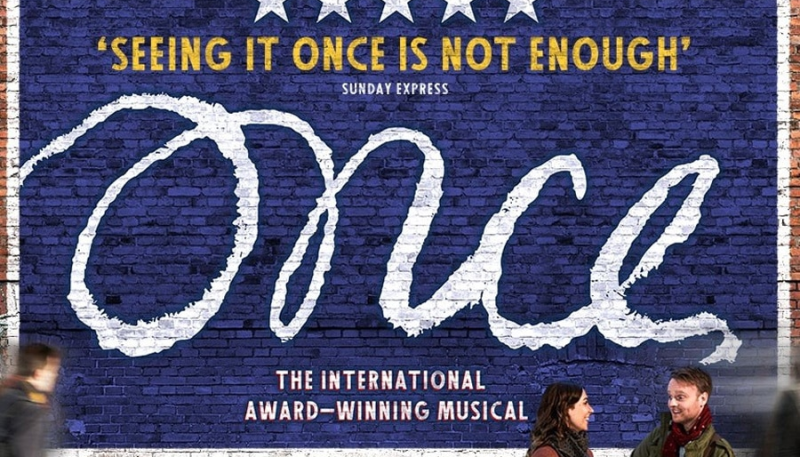 It has been announced that the incredible award-winning musical Once will be touring the UK from the start of next year! Once tells the uplifting yet yearning story of a part-time Dublin guitarist busker (who works by day in his dad's Hoover repair shop) who falls unexpectedly in love with a young Czech immigrant fellow musician. As we follow their relationship across five short days, big changes happen to both of them in little ways.

The show first opened in the West End in 2013 and was an instant hit winning the prestige Olivier Award for Outstanding Achievement in Music.
The touring show is set to first open in Croydon on 19 December, before heading out in January on it's UK tour. The show will be heading to Southend, Liverpool, York, Woking, Milton Keynes, Bath, Coventry, Stoke, Malvern, Aberdeen, Nottingham, Oxford, Brighton, Sheffield, Cardiff, Southampton, Edinburgh, Birmingham, Canterbury, Leicester, Salford, Newcastle, Plymouth and Glasgow.
So far, the casting of Guy and Girl have been announced bringing back Daniel Healy and Emma Lucia who played the same role in the 2018 production at the New Wolsey Theatre.
Book your tickets for Once HERE. 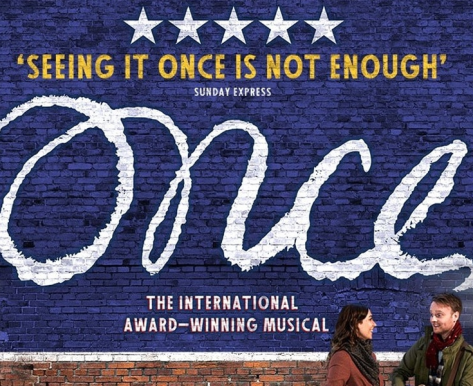