It has been announced that EastEnders star Rita Simons will be taking over the role of Miss Hedge, in the West End production of Everybody's Talking About Jamie. Rita is most recognised for her role playing Roxy in EastEnders. Earlier this year Simons also toured the UK will a lead role in the play, The House on Cold Hill.

She is set to replace Faye Tozer on 5 August and Simmons has commented: "I am so excited to be playing Miss Hedge in what is by far my favourite show...I went to see it when it opened and always wanted to be part of this incredible musical...roll on August!"

The show is currently showing at the Apollo Theatre in the West End. The recently announced tour will open at Sheffield Theatres on 8 February 2020 and tickets are on sale now - the cast is yet to be announced.

The show is based on the documentary Jamie: Drag Queen in 16, which you can still catch on iPlayer HERE.  The story is also being adapted into a major film with filming expected to start soon.

Book your tickets to Everybody's Talking about Jamie HERE. 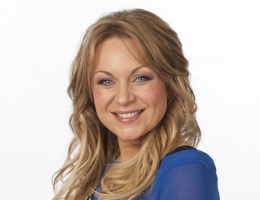