The cast will perform a new show every night and have said  ""Since the pandemic has struck it's been very difficult to plan any theatre so we're presenting a piece of theatre that is entirely unplanned... what could possibly go wrong?" The piece, created by the award-winning comedy company, was first seen in the West End in 2017 at the Arts Theatre, and since then has run on a UK tour.

The cast includes Henry Lewis as Not Sure, Bryony Corrigan as Uncertain, Dave Hearn as No Idea, Nancy Zamit as Don't Know Yet, Henry Shields as Couldn't Tell You, Harry Kershaw as TBC, Ellie Morris as Who Knows, Jonathan Sayer as ???, Mike Bodie as Guess Who, Niall Ransome as Unknown and Joshua Elliott as We'll have to see. They will be joined on stage by musicians Yshani Perinpanayagam, Richard Baker, Jordan Clarke and Ed Zanders. 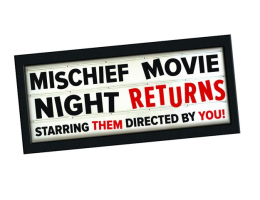