Review: Priscilla, Queen of the Desert at the Palace Theatre, Manchester 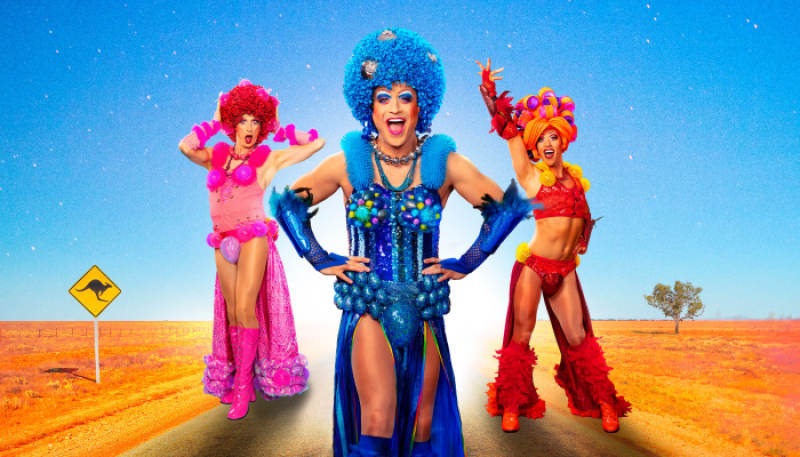 Glitter? Lots of it. Feathers? Everywhere. Raunchiness? Absolutely. Sassiness? Of course. From raw and honest conversations, complicated friendships and relationships, smutty humour, fabulous choreography and many, many dazzling costumes, Priscilla is still very much the queen of theatre.

Behind all the glitz and glamour, this heart-warming story about friendship, overcoming adversity, following your dreams and being unapologetically yourself in a judgment-filled society is truly a breath of fresh air, and we without-a-doubt advise you to go and watch this incredible show! 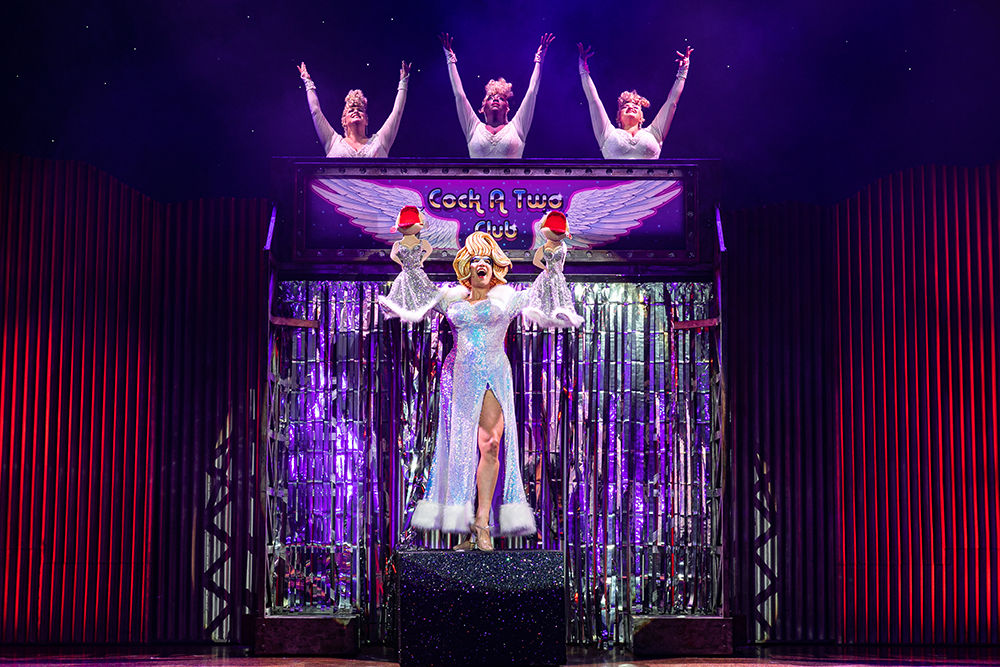 When 'Priscilla: Queen of the Desert' opened in cinemas over 25 years ago, the quirky, camp and generally fabulous film was a huge hit. This stage adaptation produced by Mark Goucher in collaboration with Jason Donovan successfully brings all the audaciousness you expect to the live stage, but doesn’t fail to keep the powerful message of acceptance that still resonates today. Mark Goucher states "Priscilla is more than just a show that makes the audience laugh and cry, it’s about tolerance and the importance of accepting others for what they are without question. Our society has to keep fighting, not only for our own rights but for the right of others who are not able to defend themselves. We must shout the message of Priscilla as loud as we can".

It wouldn't be Priscilla without a dramatic entrance and believe us when we you that the show did not disappoint. We don't want to give too much away because where's the fun in that? What we will say is that the show starts just as you'd expect - with saucy costumes, glitter bombs and spectacular choreography that had everyone in the audience dancing along to a VERY popular old-school party anthem. After an energetic, raunchy, sweat-filled dance performance by the cast, we were officially introduced to the lead characters: Tick, played by Edwin Ray, Felicia by Nick Hayes, and Bernadette, played by Miles Western. The opening sequence really does set the tone of what's to come, as we get ready to follow the journey of Tick,  Adam and Bernadette - and not forgetting a very temperamental tour bus!

The group are traveling west from Sydney to a remote desert town casino. Why you ask? You'll have to go and watch the show to find out. What we will tell you is that their journey through the bush, to a remote town in the Australian desert, takes a few life-changing diversions. The trio find themselves making tips for an Aboriginal tour guide, being subjected to homophobic abuse, and watching a ping-pong show. The songs that decorate their route - and keep the atmosphere in the theatre alive are sing-along hits from the 70s, 80s, and 90s, with bops including 'Girls Just Wanna Have Fun', 'I Will Survive' and 'I Love the Nightlife'. 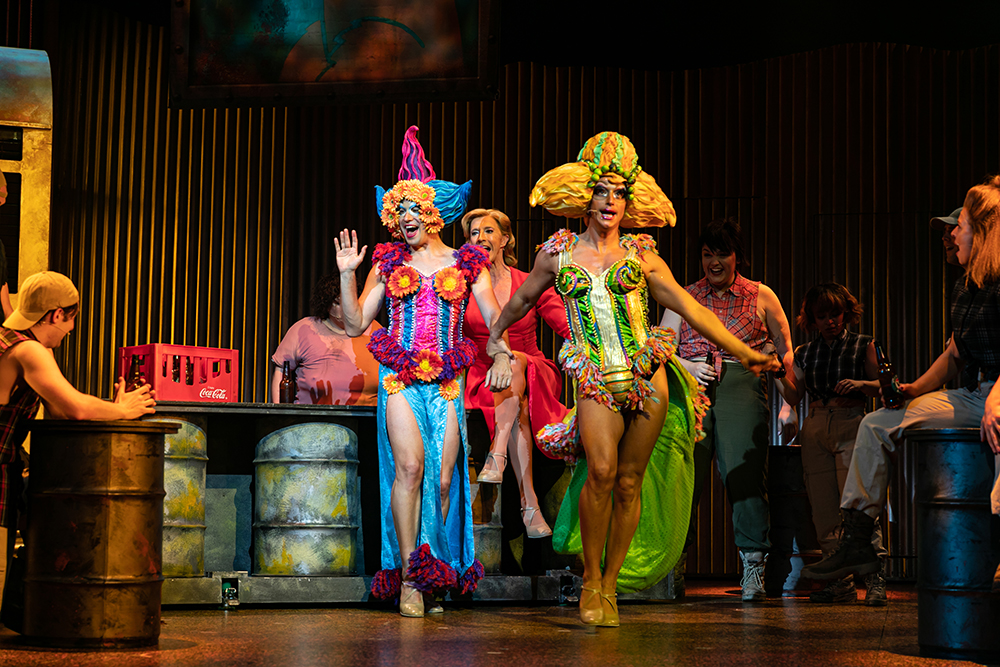 Over the years, we've seen the fabulous, colourful and catty world of drag take more of the spotlight. We can thank RuPaul for breaking the stereotypes of drag and raising awareness of its fabulousness and the important message it holds in society today. In case the message isn't already crystal clear, it's that being who you are is something you should never shy away from or apologise for. Where the original production of 'Priscilla: Queen of the Desert' was well ahead of it’s time was in the prominence of a trans character, Bernadette. Despite the blooming of drag shows in recent years, we are still yet to see many prominent trans narratives on stage. In this production Bernadette is presented perfectly what with every comedic line delivered with wit, vocals consistently on point, and her surprise yet sincere romance with Bob is a delight to watch unfold!

The character of Adam / Felicia provides the sassiest persona of all but don’t be fooled by his flamboyant exterior, as this character doesn’t come without his own challenges. His character represents the unprovoked abuse and homophobia members of the LGBTQ community receive on a daily basis that can only be overcome through commendable strength and true friendship (warning you may well need a tissue).

The Musical arrangement is absolutely packed with sassy renditions of pop anthems including ‘What’s Love Got to Do With It’, ‘It’s Raining Men, ‘Colour My World’ and ‘I Will Survive’, all enthusiastically performed, mostly by the trio of divas, who bring sensational, top class vocals and their fair share of glittery costume changes!

This heart-warming show of acceptance, courage and of course plenty of sass brought the whole theatre to their feet in a very well-deserved standing ovation! Speaking of the Theatre, we must shout out The Palace Theatre, Manchester where the friendly staff made it their mission to provide us with a fun, enjoyable and stress-free experience. Anyone who has had the pleasure of attending The Palace Theatre in Manchester will know just how stunning the venue is - inside and out. You're breathless the moment you walk into theatre and the moment you walk out.

Priscilla, Queen of the Desert will continue to show at The Palace Theatre in Manchester until the 16th October and will then continue to New Victoria Theatre in Woking for the final run of the UK tour. 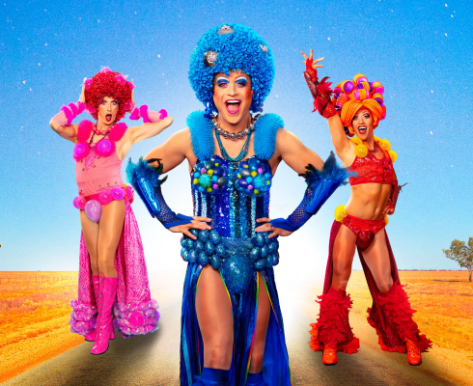