The Faulty Towers Dining Experience is re-opening on Thursday 1 October!

The Faulty Towers Dining Experience is re-opening on Thursday 1 October!

It's official the comedy spectacular, The Faulty Towers Dining Experience, is re-opening on Thursday 1 October in London's West End!

Faulty Towers The Dining Experience is the world’s longest running and most successful tribute to the BBC’s iconic sitcom in London's West End. It is a one-of-a-kind original that's internationally recognised as outrageously funny and highly acclaimed by audiences and critics alike.

This spectacular show started it all 23 years ago and still rules the world to this day – it is a comedy spectacular designed to make you feel like you have stepped inside the TV show and are experiencing it from the inside out! 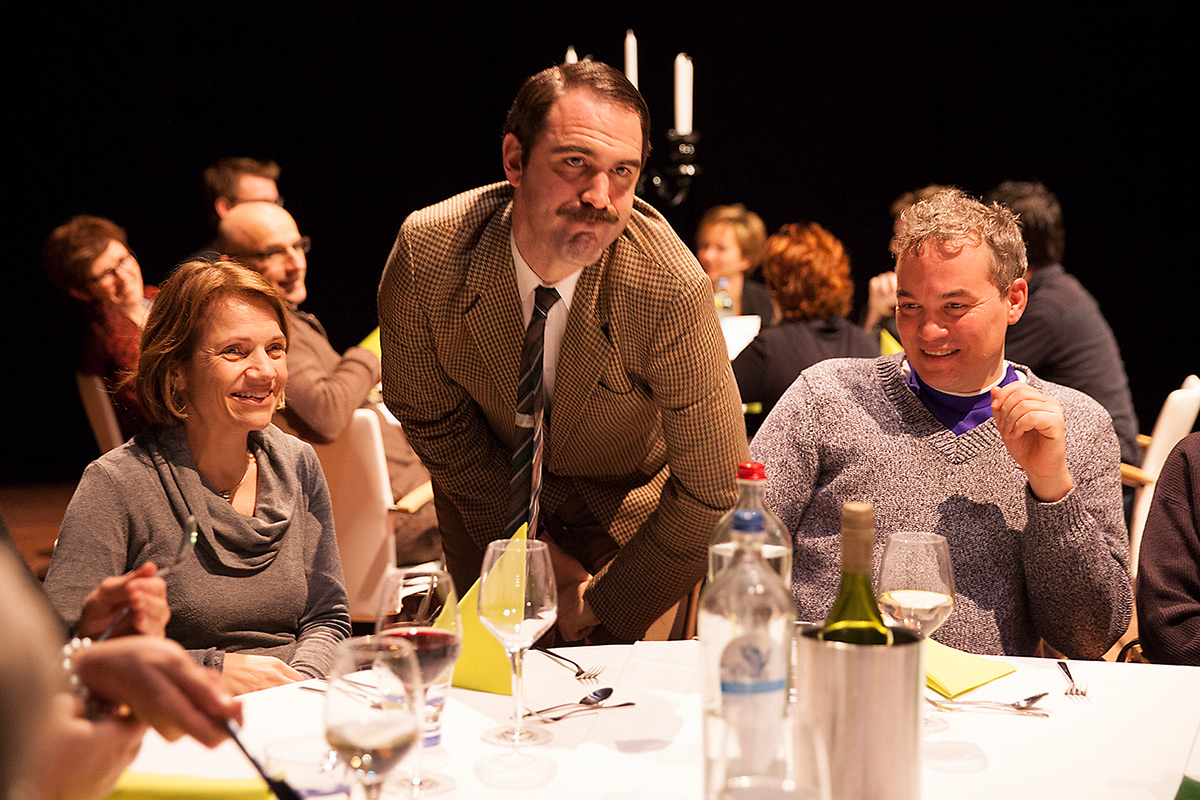 Highly interactive and fully immersive, it’s 70% improvised, tempting audiences to play with Basil, Sybil and Manuel as they serve a 3-course meal. With two hours of comedy, three courses of food and five-star reviews, expect chaos, laughs, and a brilliant night out – or lunchtime!

Faulty Towers The Dining Experience is also a proud member of TripAdvisor’s Hall of Fame, specially reserved for holders of TA’s Certificate of Excellence for five years on the trot, and has this year been awarded the Travellers’ Choice Award for being in the top 10% of attractions world-wide.

With over 23 years of continuous critical and audience acclaim and having just sold its millionth ticket, it is clear that this is officially the world’s most sought-after tribute to the BBC’s Fawlty Towers and the most successful interactive comedy show of its kind.

The show producers have put COVID 19 safety precautions into place to ensure both staff and audience members are safe throughout the experience.

Click Here to book your tickets now for this unique, imaginative and hilarious dining experience! 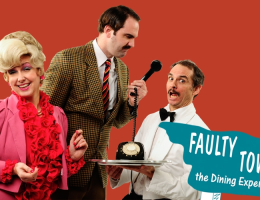