Swansea / Where To Stay / *Morgans Hotel 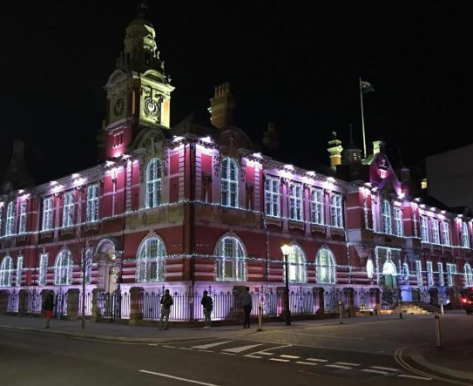 The Morgans Hotel is Swansea's only boutique hotel, the hotel is the only Welsh Tourist Board five star- rated hotel in Swansea.

The hotel occupies a Grade ll listed building adjacent to the offices of the South Wales Evening Post in the Maritime Quarter, formerly used by Associated British Ports. An additional 21 rooms are located in a nearby Regency house.

Originally completed in 1903 for the Swansea Harbour Trust, the main hotel building was designed by architect Edwin Seward who submitted the winning design out of 100 entries. The original character of the building is still preserved after its conversion to a hotel. The decorative Baroque exterior is clad in red brick and white stone and topped by a Greek statue-clad clock cupola. The interior features stained glass with comp asses, exploration and maritime themes. A mural by Cardiff-born artist Robert Morton Nance (1873–1959) depicting tall masted ships on the River Tawe, overlooked by Swansea Castle, decorates the boardroom .

What's on in Swansea