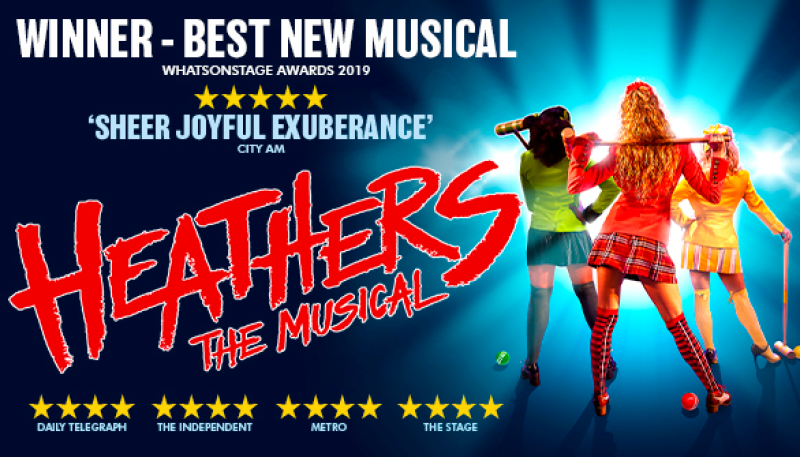 Following two smash hit West End seasons, a record-breaking run at The Other Palace and winning the WhatsOnStage award for BEST NEW MUSICAL, Heathers the Musical, the black comedy rock musical based on the eponymous 1988 film, embarks on a new national tour.

Westerberg High’s Veronica Sawyer is just another nobody dreaming of a better day. But when she joins the beautiful and impossibly cruel Heathers and her dreams of popularity may finally come true, mysterious teen rebel JD teaches her that it might kill to be a nobody, but it is murder being a somebody! BUY TICKETS HERE! 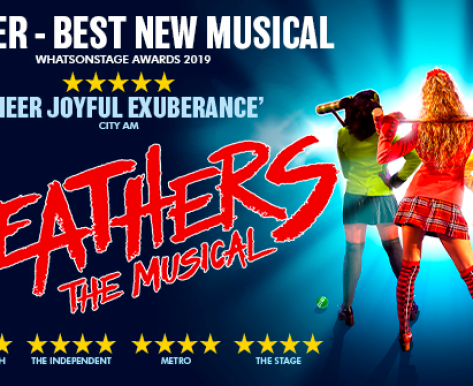 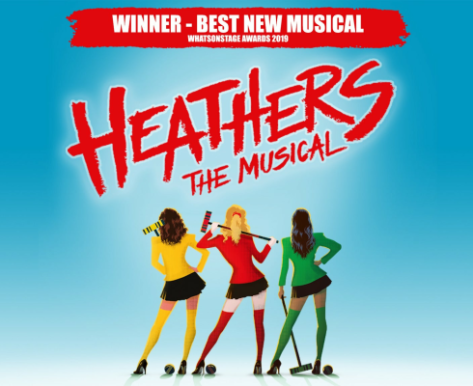