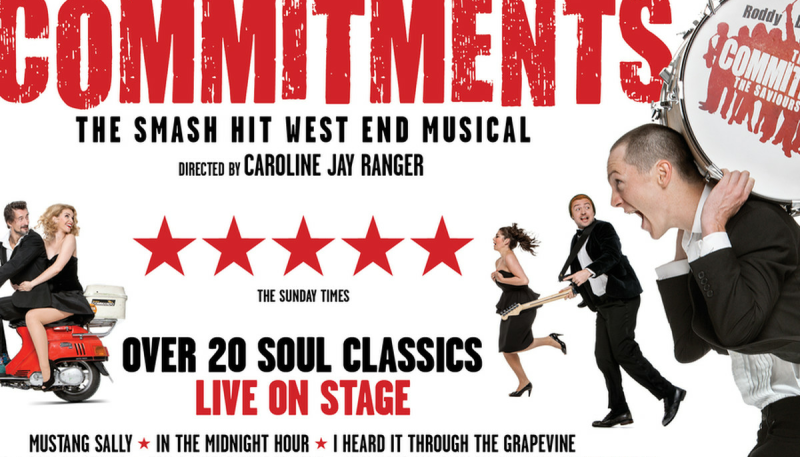 It is 35 years since The Commitments first burst from the pages of Roddy Doyle’s best-selling novel. The world's hardest working and most explosive soul band are set to return in an all new stage production, kicking off a huge nine month tour opening in Bromley in September. The show will then tour across the country before culminating at Theatre Royal Brighton from Monday 3 to Saturday 8 July 2023.

This major UK and Ireland tour of the smash-hit musical will star Coronation Street legend Nigel Pivaro, who appeared in the hugely popular ITV soap between 1983 – 2012 as the lovable rogue Terry Duckworth.  He will be swapping the cobbles for the stage and performing the role of ‘Da’ in this all-new production.

Nigel Pivaro says: “I am thrilled to be marking my return to the stage in this production of The Commitments. It's an iconic story that resonates across the years, about people who though distant from the music's origins find communion and expression in the Motown style. A musical genre which was borne out of oppression and which the characters embrace as their own. The Motown Sound is as vibrant today as it was when it first burst through in the Sixties.”

Roddy Doyle added: “I'm delighted that The Commitments are coming back in 2022 & 2023 and I'm particularly looking forward to seeing how Nigel Pivaro tackles the part of Jimmy Rabbitte's Da.”

This new tour for 2022/23 is directed by Andrew Linnie. Andrew made his West End debut in the original production in 2013, playing the role of Dean, the band’s sax player. He then went on to star in the lead role of Jimmy Rabitte in the 2016/2017 UK tour.

Joining the cast as Deco is Olivier Award nominee Ian McIntosh. Ian is no stranger to this role, having previously played Alternate Deco during the original West End run. Previous credits include Galileo in the UK tour of We Will Rock You, Sid Worley in An Officer and a Gentleman and he was Olivier nominated for ‘Best Supporting Actor in a Musical’ for his role as Barry in Beautiful – The Carole King Musical. His extensive musical career has also seen him perform in Hair and Can’t Buy Me Love. BUY TICKETS HERE!

"The Commitments is the musical we’ve been waiting for.

So good, our critic almost weeps”

“Unstoppable fun. A big-hearted, big-night out” 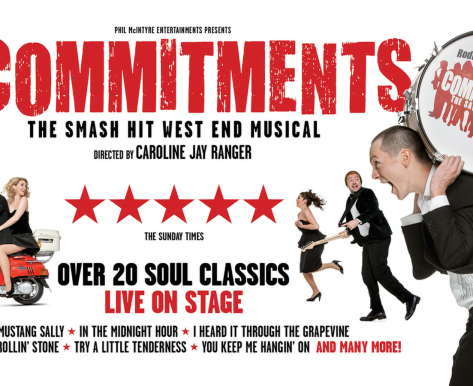