Peter Kay  has announced his return to stand-up with his first live tour in twelve years kicking off at Manchester's AO Arena on 2 Dec 2022. 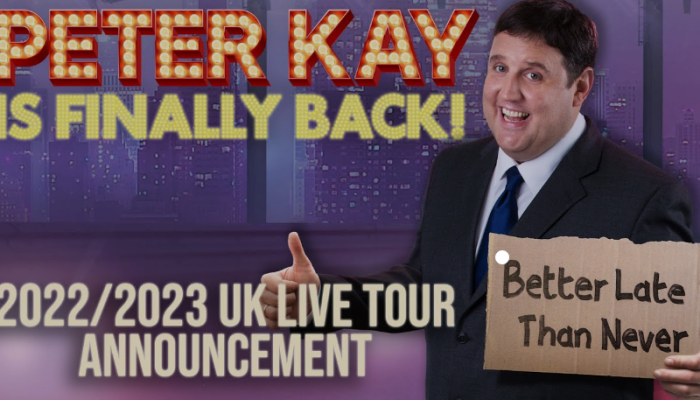