Bristol / Shows / The Ocean at the End of the Lane

The Ocean at the End of the Lane @ Bristol Hippodrome

This thrilling adventure of fantasy, myth and friendship, is a five-star spectacular which blends magic with memory in a tour-de-force of storytelling that takes audiences on an epic journey to a childhood once forgotten and the darkness that lurks at the very edge of it.

Returning to his childhood home, a man finds himself standing beside the pond of the old Sussex farmhouse where he used to play. He's transported to his 12th birthday when his remarkable friend Lettie claimed it wasn't a pond, but an ocean – a place where everything is possible...

Plunged into a magical world, their survival depends on their ability to reckon with ancient forces that threaten to destroy everything around them. 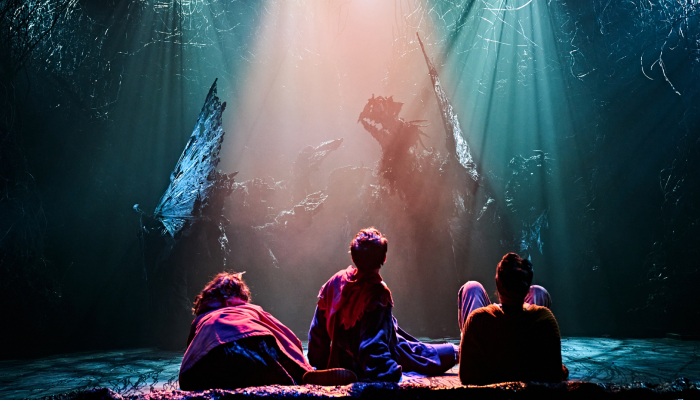 The Ocean at the End of the Lane @ Bristol Hippodrome