Britain’s funniest Pub Landlord has a lot on his mind

“If comics become respectable, they’re no longer funny,” Al Murray told The Guardian back in 2019. “If you’ve gone on I’m A Celebrity, you’re part of the problem... We’re supposed to be making mischief, flicking Vs at things.”

Topping the UK’s stand-up circuit for over two decades, Murray has been trying hard to avoid respectability for his whole career. Born into a military family and educated at Oxford, Murray got into comedy because he didn’t want a daily commute (now endlessly criss-crossing the country for gigs he says he’s probably spent more time on the road than anyone, “…that’s life”).

Rising up the ranks with friends Harry Hill, Stewart Lee and Frank Skinner, Murray won the Perrier Award at the 1999 Edinburgh Fringe before building new shows around his now long-time alter ego, The Pub Landlord. 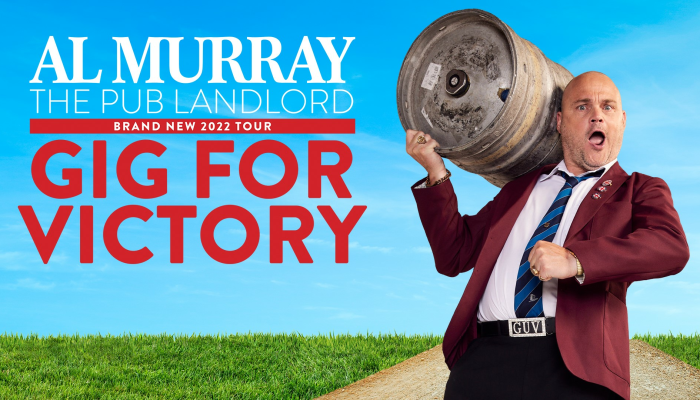