Jason Byrne has not only had his heart unblocked and been given a new lease of life, but his whole career has been unblocked too! The constipation of Covid has been cleared, live entertainment has been colonically irrigated and readied up for us all. The bans from social media platforms have been lifted and Jason is back dishing up platters of fun to everyone.

Join Jason live on stage as he unleashes what he does best. Guaranteed pure and utter UNBLOCKED joy and laughter.

This guarantee is not guaranteed.

‘A comedy God’ The Mirror 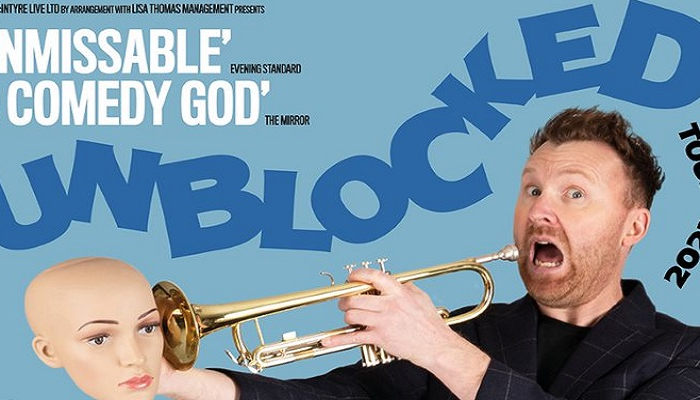