What's on at Civic Theatre

The Civic, opened in March 1999, a visionary project by South Dublin County Council (with grant aided by the Department of Arts, Heritage, Gaeltacht & the Islands).

In 2018 we staged over 420 performances attracting audiences of over 55,000.  With a broad range of productions, events, workshops, showcases, Summer camps and conferences across drama, comedy, music, family, schools, dance and multicultural offerings!

The first play staged at the Civic was ‘Howie the Rookie’, by Tallaght playwright Mark O’ Rowe whose career makes him one of contemporary Irish drama’s most important and influential voices.

“If you’re a wheelchair-user, you’ve got a simple choice: either you suck sweets in a corner and watch television all day or you try to change the world around you... There ain’t gonna be no magic pill in my day.” No Magic Pill is the (mostly) true story of Martin... 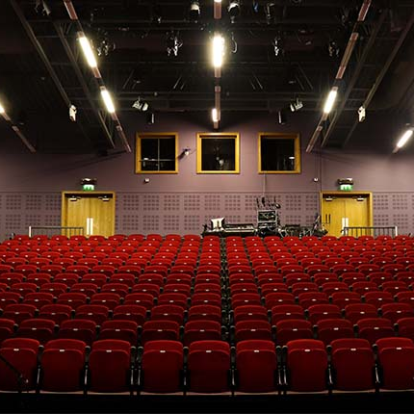