What's on at Prince of Wales Theatre

The Prince of Wales Theatre is West End near Leicester Square in London. It first opened with W.S Gilbert’s The Palace of Truth in 1884 and then the comedy In Honour Bound quickly followed by the modern tragedy play A Doll’s House. The theatre closed shortly in 2004 to increase its capacity and reopened with Mamma Mia! which soon became the longest running show ever at the Prince of Wales. Book tickets today to enjoy the laugh out loud, award-winning comedy, The Book of Mormon. 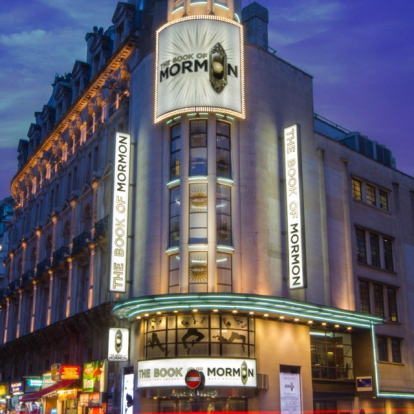