The appearance is set to celebrate the 35th anniversary of Les Misérables and the 34th anniversary of The Phantom of the Opera. Mackintosh said: "Britain's theatrical talent is the best in the world so it is a wonderful opportunity after seven months of enforced lockdown to be invited by Britain's Got Talent to showcase three of my greatest British musical hits with their fabulous West End casts all bursting to perform again and remind audiences what an unforgettable thrill it is to enjoy the exhilaration of a live show.

"Several years ago, Susan Boyle Dreamed her Dream and set the world alight and we are both eager and anxious to be told when we can fully reopen again next year so that we can all properly get on with our lives and celebrate the world-beating talents of our amazing culture."

The show will be beamed out from 7.30pm BST on Saturday 10 October. 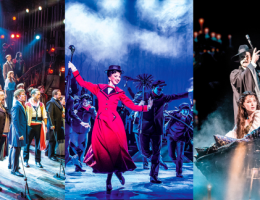