Last week London’s Nimax theatre group announced the staggered openings of all it’s West End Theatres. We can now announce that the Duchess theatre will open mid November with The Play That Goes Wrong. The West End cast for this performance has now been revealed and trust us when we say you don’t want to miss out!

Appearing in the comedy will be David Kirkbride as Robert, Ross Green as Chris, Ciara Morris as Annie, Milo Clarke as Max, Michael Keane as Dennis, Blayar Benn as Trevor, Elan James as Jonathan and Ellie Morris as Sandra. The understudies will be Tom Bulpett, Oliver Clayton, Antonia Salib and Jack Michael Stacey.

It will reopen in the West End at the Duchess Theatre with a socially distanced audience from 19th November, and is booking through to May 2021. 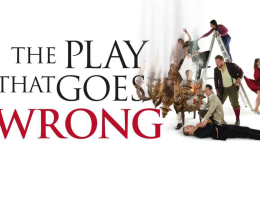