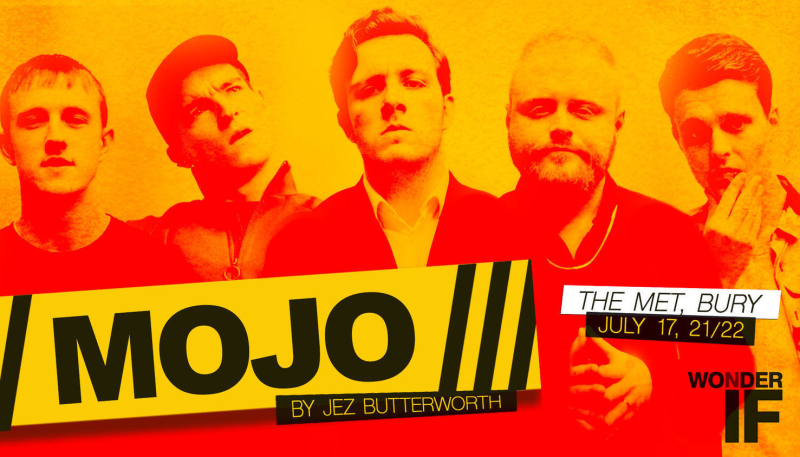 Next week a NEW and original production of Jez Butterworth's MOJO is opening at The Met in Bury. And with some incredible local talent, there's a serious buzz surrounding the show. MOJO is brought to us by college teacher, Jennie Fairclough, and her new production company 'Wonder If'. This unique company showcases local talent both professional and of those just entering the industry. In particular, in MOJO the whole cast has one special thing in common - they were all at one point students of director Jennie.

'I was a bit frustrated really,' Jennie explained. 'In Bury, we produce brilliant actors. I've been working at Holy Cross (College) since 2002, which is one of the main colleges in Bury and I see students that are really successful, that we've trained up to go into drama school, and from there, they go on and they get sucked down to London. I really wanted to celebrate Northern talent and create a stepping stone for those that don't go straight into drama school or who are wanting to get that industry experience. This has been a great launch pad for them." Furthermore, 'Every person who's involved is an ex-student. Right down to the people who create the gifts, run social media and even do the set design. It's very much a network for them and kind of a mentorship programme: people can get that experience and can then go out and actually use it.'

The play MOJO was written by Jez Butterworth and was originally set in 1950s London, Soho. The play is a black comedy with a fast-paced gangster plot telling the story of one particular night club's culture. In 2013 the play was revived at the Harold Pinter Theatre in London's West End which, once again, brought the incredibly well-written play back onto the stage.

'I've always had a love affair with this play,' Jennie tells us. 'I was first introduced to it in 2012 actually, as part of a theatre studies exam. Someone wanted to perform it as part of duologue, in fact, it was the actor who is now playing Sweets (Leigh Manning). I just absolutely loved the rhythm of the language and I'd always loved reading and watching Pinter. So, when I read the opening of it (MOJO) I realised it had so many echoes of the rhythm and style of Pinter.'

'This play has sat with me for a long time and I've always thought I want to go back to this play and do something with it. As it sat with me, I began to think more and more how, with the characters, it could translate really well to the 90s 'Madchester' club scene. I remember in the 90s going to the Hacienda or Skankys and you'd always see this network of blokes and see the hierarchy from how they interacted with the doormen to even the runt who'd always be stood in the corner on watch out. Maybe on a subconscious level that's why the play resonated with me.'

In this northern production, the team has cleverly reworked the show without altering the script to set the characters in Manchester during the '90s when its infamous club scene was at its height. Director, Jennie, explained how they actually managed to do this without changing any of the lines.

'It's been really interesting seeing how something intended to be played with the Cockney accent translates to the Mancunian drawl. When the Mancunian accent gets fired up you can really see how the rhythm echoes it - so it's been really good fun to explore that. For the play, we've been able to really surround ourselves with Manchester culture and the brilliant Manchester music. For the track list, we've got Joy Division, Oasis (obviously), The Stone Roses, New Order and Ian Brown which underscores it all and it's been really fun to play with. Also, there are little nods in the set to the Hacienda with the font and colour scheme used. There's even a reference to a story going back to the 90s where a Doberman’s head, which was one of the Noonan’s, arrived severed on a doorstep - so anyone who knows their Manchester culture would recognise that.'

With a story that centres around a group of guys, we have also managed to catch up with one of the main actors, Leigh Manning, who is playing the character nicknamed ‘Sweets’. This character has been previously played by Rupert Grint (Harry Potter), in the West End production back in 2013.

"The character Sweets brings comedic relief,’ Leigh explains. ‘There are some heavy tones and themes throughout the play and Sweets is there to line it all up. He's always on pills, he's always high and always happy - a bit like a puppy dog bouncing off the walls. He manages to bring some light to this dark and seedy underworld of gangland.'

'This is a dream role for me and what struck me is how slick the language is. The pace is like a runaway train and keeping on top of that pace with the comic timing is great. The play's got violence and gangs and murder, but it's still an incredibly funny piece of theatre. For me, it's just fresh and exciting and that got me hooked.'

Tickets have already been selling fast. Make sure you get your hands on some quick before the show sells out.

MOJO can be seen at The Met in Bury as part of the Greater Manchester Fringe. The show starts at 7.30pm on July 17, 21 and 22. Due to the language, it is not suitable for those under the age of 14.
Book your tickets HERE. 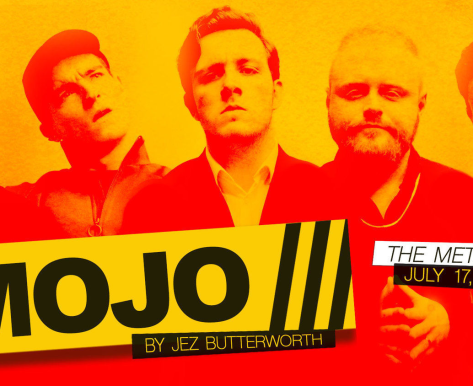