Mamma Mia has arrived at the Liverpool Empire and we were lucky enough to attend last night. The show didn't disappoint and was as entertaining and fabulous as previous tours.

Set on a Greek island paradise, Mamma Mia is a story of love, friendship and identity, which is cleverly told through the timeless songs of ABBA. Sophie’s quest to discover the father she’s never known brings her mother face to face with three men from her distant romantic past on the eve of a wedding they’ll never forget.

Sophie is played by Phoebe Roberts who has a lovely voice and played a great role and Sara Poyzer plays her mum  Donna who also has an incredibly powerful voice which gives you goosebumps.

The set is effective in setting the mood and the choreography routines during the ensemble performances is brilliant. The atmosphere was already in full swing after the first half of the show.

James Willoughby Moore plays bartender Pepper, Helen Anker plays Tanya with Nicky Swift as Rosie and alongside Sophie's 3 potential dads including  Phil Coritt as  Bill, one of Sophie’s three potential dads the chemistry is hilarious and emotion believable throughout.

The finale was amazing and had the audience on their feet in the aisles dancing and singing along. This is the perfect feel good show and a must see for all ages as well as ABBA fans  - you'll want to see it over and over again! Every day’s a holiday at MAMMA MIA!, so have the time of your life at the world’s sunniest and most exhilarating smash-hit musical.

Mamma Mia runs at the Liverpool Empire until April 7. Click here for tickets for the full tour 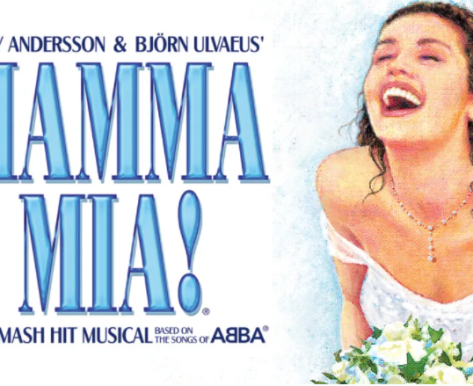