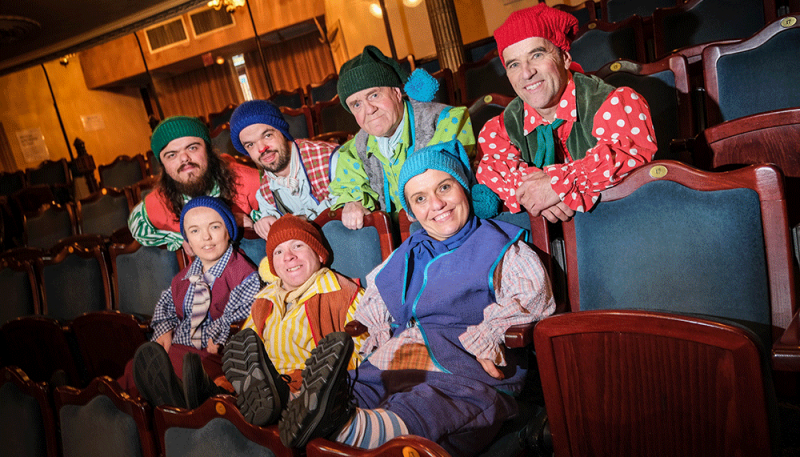 Heigh Ho, Heigh Ho, it’s off to panto from the red carpet they go!

Harrison Davis (Soppy) leads the pack with his first full length pantomime role after many movie and TV appearances. The son of renowned actor Warwick Davis, Harrison first showed he had movie star quality in Harry Potter and The Deathly Hallows Part 2 as a Gringotts Goblin when he was just six years old! He has since appeared in Jack the Giant Slayer and Star Wars: The Rise of Skywalker (as Ewok Pommet Warrick alongside his famous dad).

Hayley Burroughs (Kip) was just seven years old when she appeared as a Newlyn Villager in the epic fantasy film Willow and has gone on to play a lady-in-waiting to Queen Elizabeth alongside Sir Richard Attenborough in Elizabeth, appeared in the film Elizabeth: The Golden Age alongside Cate Blanchett and in Harry Potter - The Deathly Hallows. Hayley is also a sporting star – winning a gold medal for swimming in the 1995 International Dwarf Games, which took place in her hometown of Peterborough. This is Hayley’s 24th pantomime and she is delighted to be performing alongside her nephew Harrison!

Trevor Jones (Grouchy) has appeared in several films over the years, most recently the famous Harry Potter series. His many TV appearances include Meet Ricky Gervais and Peter Kay’s Phoenix Nights and he also featured in the hilarious video of Amarillo for Comic Relief. Trevor is also known as ‘Europe’s Smallest Stunt Man’ and has his own speciality act involving walking and lying on a bed of nails and broken glass and fire eating!

Emma Jones (Smiler) was born and bred into the circus and performing industry- touring with Gandey’s Circus, The Wonder Circus and  The Ladyboys of Bangkok.

Aaron Haworth (Sneezer) appeared in Phoenix Nights Live and Comic Relief and has filmed educational video projects for youth action which were distributed to schools and local colleges.

Chris Chapman (Pop) has recently appeared in Star Wars and the forthcoming Norseman and alongside his many TV and film roles, Chris works as a blacksmith!

Mirror, Mirror on the wall. Where can we see the magnificent Seven? Snow White and the Seven Dwarfs at Blackpool's Grand Theatre of course...

Poor Snow White is doomed to live unhappily ever after with her horrid stepmother the Wicked Queen. In true rags-to-riches style, Snow White escapes from her evil captor, meets seven adorable new friends, falls in love with a handsome Prince and makes her dreams come true, all with the help of her madcap sidekick Muddles.

It's a fantastic festive treat you won’t want to miss!

Snow White and the Seven Dwarfs is at Blackpool Grand Theatre from Friday 3 December 2021 to Sunday 2 January 2021 with matinee and evening performances. Accessible performances are also available. 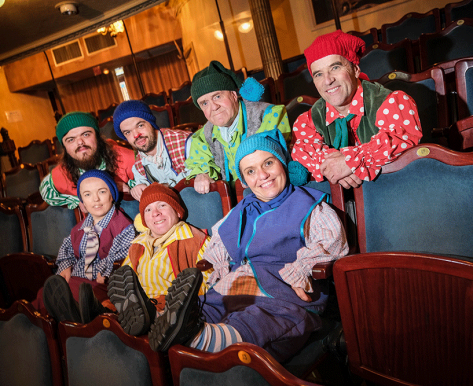