The National Theatre have announced they are starting to create new work again and plan to open in October starting with socially distanced live performances in the Oliver Theatre. Starting with a new one-person play Death of England: Delroy Starring Giles Terera and directed by Clint Dyer and Roy Williams. This new play will follow on from Dyer and Williams’ play Death of England  which was performed by Rafe Spall to critical acclaim in the Dorfman Theatre, closing only weeks before lockdown.

The production team, together with Giles Terera, have been back at the National Theatre this week working on the new play: the first artists to return to work in the building since it closed. The new play was commissioned by the NT’s New Work Department at the start of lockdown and written over the subsequent five months. It explores a different side of the Death of England story as it focuses on the character of Delroy, the best friend of Michael, the protagonist of the first piece.

Speaking about the play Clint Dyer and Roy Williams said: “There’s a moment in Death of England at his father’s funeral where Michael tells Delroy, ‘you may act like us and talk like us, but you will never be one of us’. In telling Delroy’s story, we hope to take audiences on an illuminating journey into the Black British psyche and realities of a ‘tolerant’ England in the wake of the Black Lives Matter movement.”

This announcement followed the change in Government guidelines to now allow indoor performances in Theatres with socially distancing measures in place. The Oliver Theatre have said that tickets for Death of England: Delroy will go on sale in September, when full details of the performance schedule, ticketing, and safety measures for audiences will also be available. 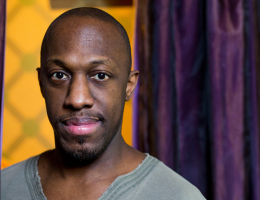