Apollo 13: The Dark Side Of The Moon is captivating re-telling of the ill-fated Apollo 13 mission, the show explores the outer limits of faith, hope and the power of human spirit!

Co-director Charlotte Peters said, "Having explored a new genre with our recent production of Birdsong, it's really exciting to be pushing the online-film boundaries further with this original adaptation of Apollo 13, both in terms of new filming techniques and inventive movement. I can't think of a better project to bring to this medium, as it interweaves an out-of-this-world true story with familiar themes of isolation, helplessness and an irrational sense of hope."

This new online play brought to you by Original Theatre Group, the makers of online shows Watching Rosie and Birdsong Online, with tickets now available to pre-order. The show will be available to watch from October 8th until 31st December with tickets starting at just £15, with VIP packages available.

Online Theatre Group have released the official trailer for the show this morning which you can watch now. 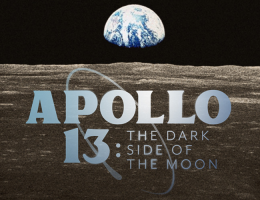