Based on the sensational ‘Tom Gates’ books from Liz Pichon, her characters have been brought to life in an incredible NEW live show which is currently on a nationwide tour. We were lucky enough to catch them on their opening night at the Liverpool Empire.

The show tells the story of a boy called Tom who is doing everything he can to stay out of trouble. It’s not that Tom is a naughty boy (in fact, far from it) it just seems, despite his best efforts, trouble seems to follow him. So, after receiving three sad faces L on the class achievement chart, he sets off on a mission to right his wrongs because well, if he gets another sad face, he won’t be able to go on the school trip…

This simple story is built up around a mix of humorous characters like Moany Marcus who takes great joy in trying to further Tom’s problems, the lovely Amy Porter who Tom is rather fond of and his cranky sister Delia who suitably has a storm cloud that follows her around. Tom’s best friends/Dog Zombie bandmates, Derek and Norman, are the perfect sidekicks supporting Tom through each mishap and providing great one-liners throughout the show.

The interactive set was brilliant and incredibly effective with the audience laughing at graphics which would appear perfectly timed to help progress the story or support some of the witty jokes.

There is no shadow of a doubt that the show was enjoyed by all and made for a fun evening out for the whole family.

Book your ticket HERE for Liverpool!

For other tour dates across the UK BOOK HERE. 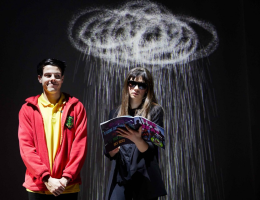 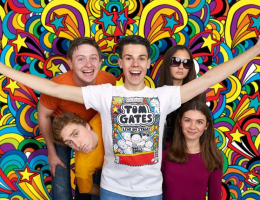 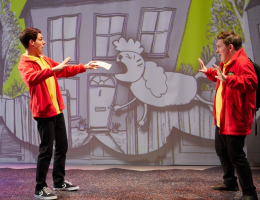