The Rock of Ages production has announced that it will return for a new tour in 2021.

Commencing its tour in Portsmouth on 6 May 2021, it will then visit Manchester, Working, Stoke-on-Trent, Poole, Birmingham, Glasgow, Llandudno, Edinburgh, Sunderland and Crawley, with tickets for most dates on sale soon.

The musical features songs including "We Built This City", "The Final Countdown", "Here I Go Again", "Can't Fight This Feeling" and "I Want to Know What Love Is". It is a love story set in an LA music venue, and was made into a film in 2012.

The piece has direction and choreography by Nick Winston, with arrangements and orchestrations by Ethan Popp.

Casting and the wider creative team for the tour are to be revealed. 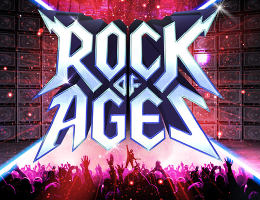