A series of performances from West End stars will celebrate the finalists for this year's Stiles + Drewe Prize in a special online concert.

The musical director for the concert is Steve Ridley (The King and I), with mix engineering by Kevin Porée and video production by Bartek Podkowa.

The event will be presented as a virtual concert, to be streamed online via YouTube on Sunday 5 July at 6pm BST.

Award-winning composers Stiles and Drewe said: "Together with our fellow judges, to whom we are deeply indebted, we have whittled down this year's 167 entries to 15 finalists – each of which will be performed by a seasoned West End performer in our "virtual concert". With lockdown still inhibiting live theatre performances - which has prevented the normal theatrical presentation of the final songs – we are delighted that Mercury Musical Developments has agreed to take a different approach this year and that Joanne Benjamin and The Entertainment Business have generously co-sponsored the £1,000 cash prize.

"We hope that technology will be kind to us on the night, and that all our 15 finalists are heartened, encouraged and happy with the way that their work is to be showcased and celebrated."

The prize, which recognises an outstanding song from a new musical has been running since 2008, with this year's winner being announced on the night. It will be judged by Stiles and Drewe alongside Toby Marlow, Lucy Moss, Dan Gillespie-Sells and Cassie Kinosh.

The songs in the final are:

"Bottle It" by Jonathan O"Neill & Isaac Savage from Tanya: A New Musical (performed by Lizzie Bea)

"Colour" by Charli Eglinton from Colours (performed by Fra Fee)

"You Got A Problem" by Rob Green & Nic Harvey from Hoarding: A Musical (performed by Marisha Wallace) 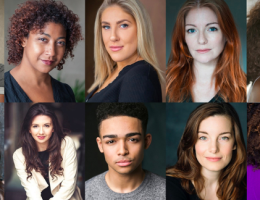