After the huge success of new studio album FUTURE PAST, hailed as Duran Duran at their best by critics and fans alike, four decades into their rich and storied career, today, the celebrations continue as Duran Duran announce the FUTURE PAST tour will extend with five huge headline arena shows across the UK and Ireland through Spring of 2023, beginning at Manchester’s AO Arena on April 29th, with dates at London’s The O2 Arena, Leeds’ First Direct Arena, Birmingham’s Utilita Arena, and the 3 Arena in Dublin. 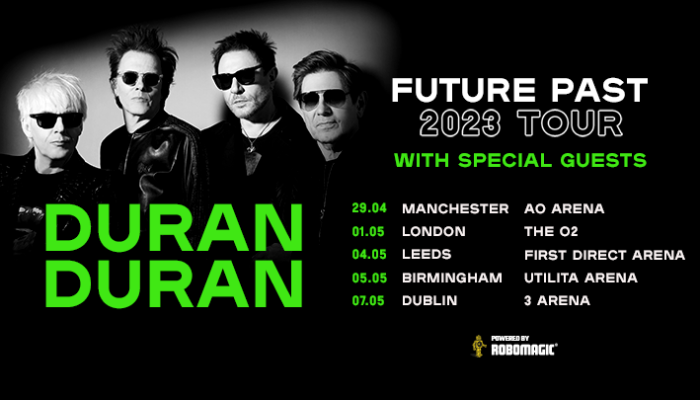