Pity the impoverished people of Nottingham – their scheming Sheriff is relentlessly raising his taxes. Most folks have had to quit the city and move out to Sherwood Forest, as Nottingham becomes the preserve of the uber-rich.

Yet fear not, for a hero has emerged. Robin of Loxley! Not only does he steal from the rich and give to the poor, but he also looks fantastic in tights. Thankfully, Robin is not alone. No-nonsense Maid Marion, loud-mouthed Little Joan and puny pauper, young Rob have joined the fight.

It’s people power vs ‘the man’. Let’s just hope the little guy can save the day! 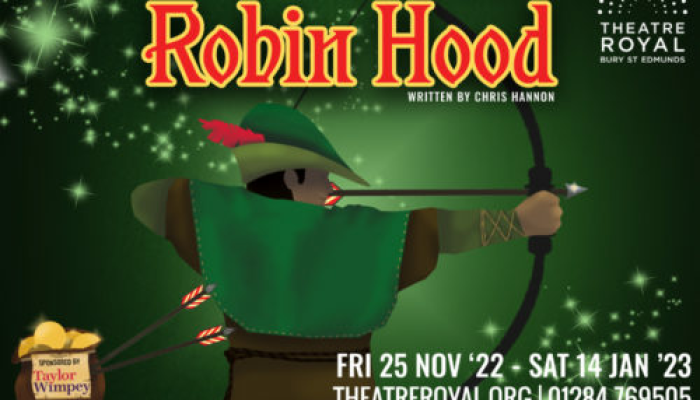 What's on in Bury St Edmunds

Things to do aroundBury St Edmunds